In 2011, our Cocker Spaniel Sawyer was diagnosed with an aggressive 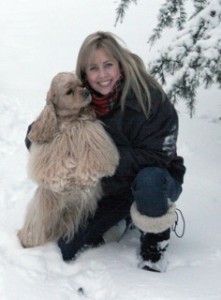 Lymphoma and given 6-12 months to live. He was only 4 years old. My husband and I were devastated. After looking back on the history that led up to his diagnosis, I am convinced that his immune system crashed. He had been misdiagnosed and given multiple antibiotics that were not effective, had major surgery for bi-lateral discharge to determine whether he had nasal cancer, biopsies on several lymph nodes, and two vaccines that were unnecessary at the time. While I was trying my best to get to the bottom of Sawyer’s issues, I realize now that I had two veterinarians that were guessing and making bad decisions, and that I was buying into their program out of desperation and fear.
Luckily, one late night, I decided to take Sawyer to Dove Lewis Emergency 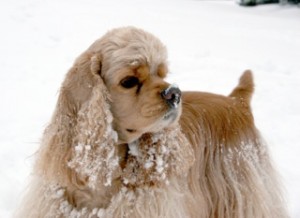 Clinic in Portland Oregon. At that time I wasn’t sure he would make it through the evening. The next morning when my husband and I went to see him, he was a different dog, and we met Dr. Kim Freeman who would be pivotal in Sawyer’s road to recovery.

He began chemo, and I began researching canine cancer. I read everything. I watched videos. I cried. But I refused to accept the deadline I was given. Six months? Why? Did the other owners examine their environment? Did they change the food, the water? I questioned everything. And I CHANGED EVERYTHING! And I began to feel empowered instead of helpless and 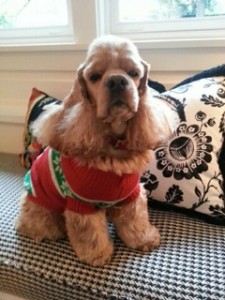 afraid. When I asked about diet, I was told to feed hamburger and white rice. This made no sense to me. White rice is a carbohydrate and turns to sugar. Sugar feeds cancer. And it just seemed way too limited. So I began to study home cooked dog food recipes and soon developed my own. All organic, my recipe includes lean and clean hamburger, cooked low and slow, a combination of steamed broccoli, cauliflower, brussel sprouts, peppers, cabbage, and shitake mushrooms, which I put through a food processor. I also add Carlson salmon oil, rotating that with flax oil, and supplement with Astragalus, Vitamin C, E, L Arginine, and L Glutamine. I also add blackberries or blueberries to each meal, along with cottage cheese. I add oxygen to the filtered water as well. After Sawyer recovered, I slowly added chopped steamed sweet potatoes and a few carrots.

Sawyer has been in remission for 4 years, and just celebrated his 8th birthday. He has recently been diagnosed with a less aggressive b cell type Lymphoma. He is happy and shows no signs of illness at this time. He is back with Oncologist Kim Freeman, who has since opened up her own 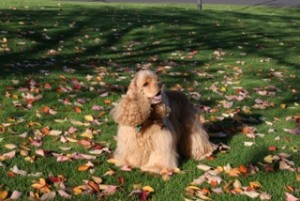 cancer clinic in Milwaukie, and we have begun oral chemo. Kim told me this week that Sawyer has “beat the bell curve”, that she can only count the dogs on one hand that have made it as long as Sawyer has. Sawyer and I are working towards another long remission. Kim gave me the median survival outcome, as she had 4 years ago, but Sawyer and I don’t believe in expiration dates. We make a great team, and I am still learning, and still improving my own protocol. Sawyer shares our home with his two brothers, Cooper our Beagle, and Levi our Shetland Sheepdog. It is my hope that our story proves that even the worst diagnosis can be overcome. Sawyer is truly my hero.