It took me over 8 years to convince my then husband to get a dog….finally – he gave in… I 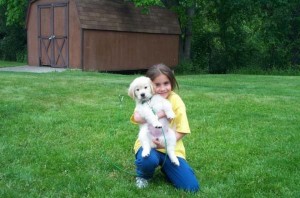 think with a little help and coaxing from our then, 6 year old daughter, Catelynn.  We found our Golden Retriever…..our Golden Harvest Cynthia Madelyn Jean – (Maddie)…. She was everything to our family.

Earnie, (Maddie’s human daddy), had our air conditioning unit – all ready to go… all it needed was “installed”…..  (this is what he once did for a livelihood), we waited almost 4 years for him to just take it out of the box and place it on the side of the house to connect it), he always was too busy…. Didn’t matter that we were all super-hot…. Well, we bring home Maddie – and the first warm day we had, he stayed home from work to hook it all up…. He didn’t want his little fluffy girl to get too hot…. And it was our furry baby that saved us from hot, sleepless nights, and uncomfortable days!

Maddie was the sweetest dog, she was so fun loving – we tried obedience classes for her… but even the “teacher” said – Maddie was way too happy to pay attention, she just wanted to be busy “talking” to everyone…. That was okay, she was part of our family, I always said that Maddie was like having a baby, 4 toddlers, and a 15 year old teenager rolled into one furry baby…. LOL….

Maddie truly was everyone’s sweetheart.  One afternoon, Maddie just was not being herself, she stopped eating, stopped playing, and swelled up, what seemed like overnight.  Took Maddie to the doctors where some tests were run, it was discovered that she had a mass in her kidney, wasn’t sure if malignant or not. But it didn’t look good.  The ascites was drained and a pathology of the mass was done, and our precious Maddie was confirmed with kidney cancer.  We decided to take every effort to help Maddie, she wasn’t just a dog, she was our “daughter”, my Catelynn’s sister….. she was our family.

We loved her up – and prepared her for surgery, and the doctor went in thinking to remove the mass, and hopefully start chemotherapy.  Unfortunately, when the surgeon went in, she saw that Maddie’s cancer had spread – everywhere – there was nothing that they could do that would help her. She closed Maddie up and told us to take her home, give her as much love as we can for her days left…..

And that we did, our daughter, who was only 15 years old at the time, was home with her alone, as some errands had to be taken care of by us.  Catelynn was laying with Maddie, when all of a sudden, Maddie looked at Catelynn, gave her a kiss….Catelynn was holding her, and Maddie passed away in her sister’s arms…..

We still visit Maddie, as she is buried in a beautiful cemetery overlooking a quiet hillside, we imagine her chasing the deer, rabbits, and squirrels….and playing with all the other furry babies….

I never heard of Chase Away K9 Cancer before, until today, seeing a flyer for the cancer walk, my daughter, Catelynn and I will be attending our first (Pittsburgh’s 2nd) annual Chase Away K-9 Cancer walk in memory of our beloved little girl Maddie….

Thank you for everything you are doing. We will be registering and raising money for this cause – that will be very dear to our hearts… 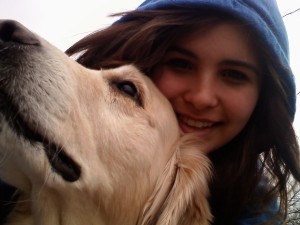 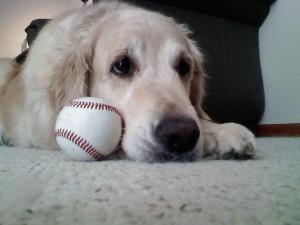