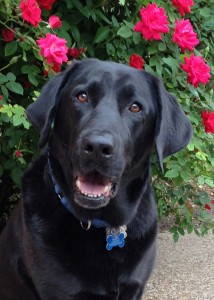 front leg. The day was Sunday and it was horrible to have to wait till Monday to call the vet. I was not a stranger to canine cancer. With Harley Sage – there was no bump or lump to find and there were no red flags!!

On December 23, 2014, I was spending time with my mother. She noted that Harley was trying to tell her something and seemed clingy. She had a vet appointment on Saturday (4 days away) to get Harley’s infected ear checked. We decided his odd behavior meant his ear was really hurting him.

At 10 p.m., my mom called and told me Harley was still behaving oddly and he could not get up on her bed. We decided to take him to the emergency clinic thinking perhaps his ear infection was affecting his balance. I picked my mom and Harley up and we went to the ER clinic. When we arrived, my mom went to check in and I took Harley on a potty break. It was dark and as I walked Harley back to the clinic, I realized I could hear his back foot dragging ever so slightly.

It was now Christmas Eve day (1 a.m.) and we were at the emergency vet. At times, the holiday season can be very frustrating. This was definitely one of those years because the holidays delayed Harley’s treatment and we simply had nothing to celebrate. 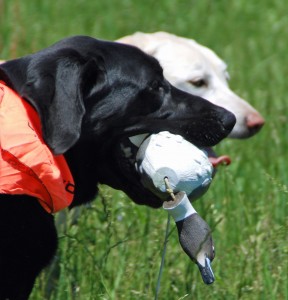 disc or even a herniated one. The x-ray gave no clues. We would need to see a specialist and get an MRI. We had dealt with spinal disc issues before with my mom’s dog Merry, so we did not panic.

We had used one of the best neurologists in the country for Merry. We again called her; the first available appointment was January 8. My mom kept the appointment that Saturday with our trusted vet who examined Harley and reviewed the information from the ER clinic.

Harley’s condition worsened; his back leg became increasingly weak and unusable. I helped him walk outside to potty and he spent most of his time resting. The next week was full of frustration as we urgently tried to find an earlier appointment or get an MRI.

Harley could no longer stand up by himself. My dogs and I had moved in to provide help as my mom was not strong enough to lift Harley to his feet. We impatiently waited, worried and prayed but then Harley’s other back leg started showing signs of weakness.

The Appointment: January 8 (Thursday) finally arrived and we took Harley to the new great clinic; we had visited the clinic with Harley in November for its grand open. At the grand opening, Harley had walked around the clinic and soaked up all the attention given him. Now Harley had to be put onto a gurney and wheeled into the clinic. The neurologist examined him and scheduled the MRI. We left Harley there for the night.

The Phone Call: The summary of the long and painful phone call with the specialist was that Harley would not require spinal surgery. The MRI showed Harley had an inoperable tumor that was growing inside the spinal column. Any surgery or even a biopsy had a high probability of paralyzing him. The tumor was encroaching on tissue and destroying his nerves.

After a restless night, we picked Harley up from the clinic (Friday). Another neurologist 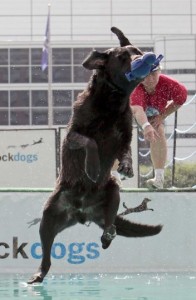 showed us the MRI results and went over “the options”. The review of the MRI accurately explained the issue that was confusing to a layman over the phone. The vet put Harley on a steroid and he was able to walk out of the clinic.

By Saturday, the steroid was making Harley sick and after consulting with the clinic, we took him off it. For Harley, the weekend was a series of downhill spirals. For us, it was spent realizing that there were no options that offered him a good quality of life.

My mother nicknamed him “The Gentle Giant”. He was a dog who loved activity, especially retrieving and water. He was an energetic, handsome boy; and loved to play like a mad man with his two younger Lab sisters. Merry had passed away in 2013, so Harley was an only child, very spoiled and very loved.

Monday morning, January 12th we freed Harley from his pain and frustration. He brought us joy, happiness and more gifts than we could ever repay. Releasing him from pain and suffering was the small gift we were able to give him.

The shock of losing a healthy, active dog in such a short period of time will never leave me. I share his story to honor him – a great dog taken during his prime.

We fight canine cancer to honor his memory and the memory of Gandalf. We hang this banner now on our tent at every event. We fight to prevent cancer from touching his younger sisters and taking the life of other dogs – young, adult or senior.

Sandy, my heart goes out to you and your family for the loss of such an amazing and wonderful boy.  Thank you for your continued support and love of Chase Away K9 Cancer, together we will continue to fight cancer in the memory of all of our lost loved ones.