In loving memory of Henry (U-CD Gorsebrook Jackson Triggs CD RN WC CGN), our sunshine, and my heart and soul. 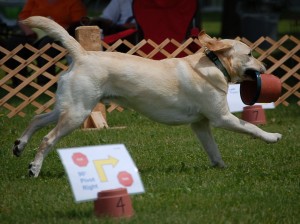 Henry was my long awaited first dog and came into my life as a roly-poly, chubby, 8-week-old puppy. He very quickly became my co-pilot and my heart dog as we navigated through life together. Words cannot express the absolute joy that he brought to my life. He lived life to the fullest, and loved with all of his heart. He had the uncanny ability to make people laugh, and then he would “laugh” right along with us, bending his body nearly in half in a mad full-body wiggle. He would burst out of his crate with a huge crash-bang when we came home and would bark with joy once his “pack” was reunited again. He loved to swim, and to fetch, and to nap in patches of sunshine.

On February 12th, just three months shy of his 11th birthday, he coughed up blood for the first time. Two weeks later, our world changed came crashing down around us when he was diagnosed with metastatic hemangiosarcoma. His previous two abdominal ultrasounds had been clear, one eight months ago, and one just several weeks earlier. In true stoic Labrador fashion, he had hidden this horrible, silent killer from us. By the time he was diagnosed, it had already spread to his lungs. Aside from his occasional cough, he remained his normal, bouncy, happy self. On March 7th, after a brief, but strong and brave fight, Henry lost his battle to hemangiosarcoma, and I lost my sunshine.

People have told us that he was so lucky to have us and to be so loved, but in all honesty, we were the lucky ones… to 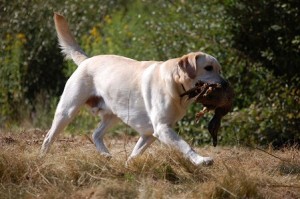 have had the chance to love this boy, and to be loved so unconditionally by him.

Henry would not want you to shed too many tears for him… he would want to be remembered as that silly monkey who blitzed the ring at a rally trial with a flowerpot sign holder in his mouth, under the warm summer sun, and who made so many people laugh.

Rest well, my sweetest boy. Until we see each other again…

Love and well wishes to Henry’s family on their loss of such a beautiful boy. It is so difficult to lose our loved ones and when cancer takes them away before their time it hurts even deeper.  Rest in Peace dear Henry, you will never be forgotten and together we will continue to fight K9 cancer in your memory.